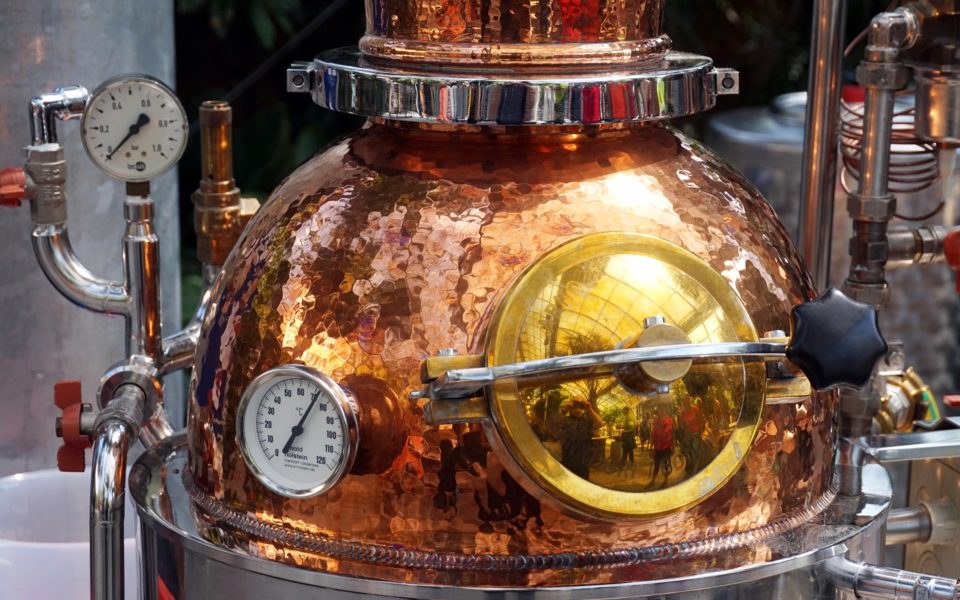 Victor Hugo called Cognac the “liquor of the gods.” It’s become known as a symbol of French luxury, the best brandy money can buy (yes, cognac is a brandy).

What people forget is that Cognac is a type of brandy, but it has to be made in a certain part of France in a certain way. It’s a worthwhile reminder for the vast majority who still segment the two spirits, often putting Cognac on a pedestal compared with the wider brandy category. The key separation between the two contingents is that Cognac is tightly regulated by the Appellation d’Origine Contrôlée (AOC), which determines the spirit’s region of production, grape varieties, distillation, maturation and blending processes. Armagnac, another sub­category of brandy, faces similar restrictions, with production contained to the Armagnac region of France.

By contrast, brandy producers outside of these regions have greater creative freedoms. However, while producers in the US, India, South Africa and even Australia are able to experiment more liberally with base ingredients, additional flavours and cask finishes, has brandy’s lack of regulation also hindered its standing among consumers? Would regulation of the wider category be welcomed – or even possible?

b) The minimum alcoholic strength by volume of Brandy or Weinbrand shall be 36%.

c) No addition of alcohol as defined in Annex 5, diluted or not, shall take place.

d) Brandy or Weinbrand shall not be flavoured. This shall not exclude traditional production mehtods.

e) Brandy or Weinbrand may only contain added caramel as a means to adapt colour.

Cognac, meanwhile, must be made from white grapes from one of six different terroirs; the Ugni Blanc grape variety is its primary ingredient, Only spirits made from grapes harvested and fermented within the Cognac delimited area, listed below, can legally lay claim to the registered designations of origin “Cognac”, “Eau-de-vie de Cognac”, or “Eau-de-vie des Charentes”:

Where do they come from?

Cognac must come from the Cognac region in Southwest France, which is known for its superior terroir (the soil, climate, and topography that contribute to grape-growing conditions).

Brandy can come from anywhere in the world.

What about blending and aging?

After distillation, the liquid is blended and aged, which is what really makes cognac special. At Hennessy, for example, a tasting committee of 7 people meets from 11 a.m. to 1 p.m. to taste about 40 different samples of “eaux de vie,” as the individual distilled spirits are known before blending. It takes 10 years of training before one can join the committee, according to the brand’s ambassador Jordan Bushell.

For a Cognac, we have different quality and age :

VS stands for ‘Very Special’

Alternatively, ✯✯✯ (three stars), means exactly the same as VS. So if you see a bottle with three stars on it, you know it’s a VS Cognac. A blend qualifies as a VS Cognac if it consists of eaux-de-vie aged in oak barrels for a minimum of 2 years.

Officially, according to the BNIC, V.S.O.P. stands for Very Superior Old Pale.  However, it’s often referred to as Very Special Old Pale. A VSOP Cognac is where the youngest brandy in the blend is aged for at least four years in barrels. However, the average age of Cognacs in the VSOP category may well be older than this. It’s the youngest eau-de-vie in the blend that determines the actual quality of the Cognac. Meaning the moment a four-year-old eau-de-vie is incorporated in the blend it automatically becomes a V.S.O.P. Cognac – even if every other component is much older.

The origin of the expression V.S.O.P. dates back to an order made by the British Royal Court in 1817. They required what was then termed a ‘Cognac Pale.’ In other words, a Cognac that is not sweetened or colored by the addition of sugar and caramel. At that time it was very common to take advantage of using such additives. This is how the term was born.

Other designations for VSOP are “Reserve” or simply “Old”. Interestingly, when the Cognac culture first became popular, and before the terminology that we use today came to be, the spirit was either referred to as simply Cognac – or Cognac Eau de Vie.

XO stands for Extra Old, and it describes a Cognac consisting of eaux-de-vie that have been aged in oak barrels for a minimum of 10 years. However, XOs often have a much older average age, with many XO Cognacs being 20 years old and older.

Cognac is a Brandy, but the best one

We can see that the rules for a Cognac are very strict and well controlled by the BNIC. For a Brandy, in Europe, it is ruled by the EU regulation number 110/2008, which is a good base but it is very light in term of ageing and what a label must say or not. What does a Brandy VSOP or Napoleon means? Not much.

We are proud to have teamed up with French Distillers and wine Growers, mainly from the South of France, which allow us to say that our “French Brandy” is produced, distilled and aged in France. The grapes are French, it is fermented and distilled in France, and even our oak is French.

So contact us for further information, and enjoy responsibly.