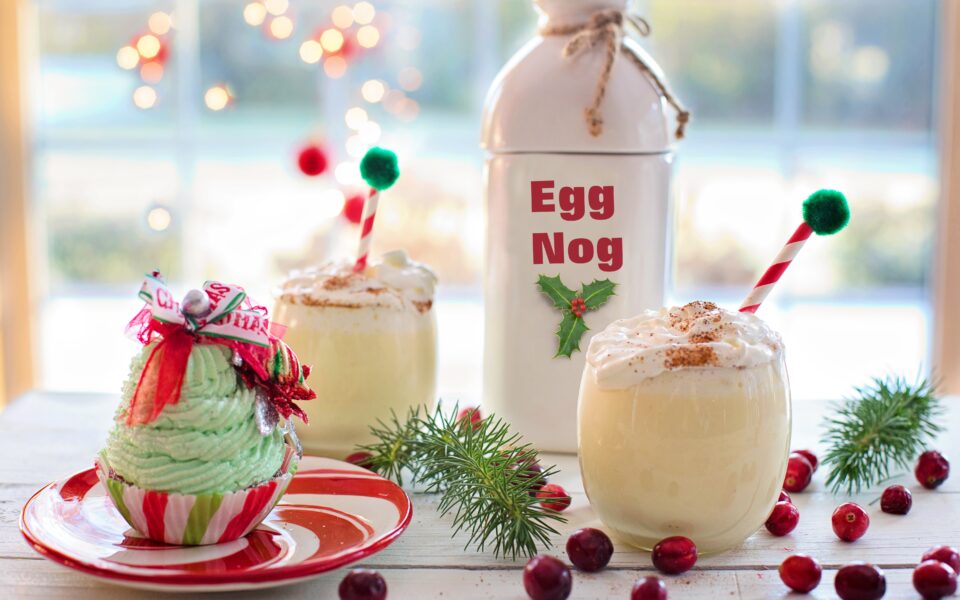 What are we drinking for Christmas around the World?

Though it can often be stressful, the holiday season boils down to one great big celebration of food and drink. A festive selection of dishes, desserts, and snacks are always within an arm’s reach. You may be familiar with a handful of Christmas food traditions around the world, but did you know that several countries also have a signature holiday drink? Cinnamon, spice, and everything nice helpo these traditional Christams drinks deliver a hearty dose of holiday cheer.

Bottoms up, because these boozy beverages just may inspire you to travel for a taste, or maybe even try your hand at whipping one up at home.

In Germany, Feuerzangenbowle is a showy holiday drink that requires you set a rum-soaked cone of sugar on fire so it can drip into a flame-warmed bowl of spiced red wine waiting below. Traditionnaly, the sugarloaf was held in place by two tongs, giving the drink its name, “fire tong punch”. However, these days, it’s much more common to use a fondue-like contraption that is specially designed to prepare the drink.

Starting from early November’s Fiestas de Quito through Christmas, it’s canelazo time in Ecuador. This hot cinnamon drink is a festive favorite, and you’ll find it sweet and spiced scent wafting from holiday street vendor stalls and hone kitchens alike. Made with a mix of passionfruit juice, lemon, and water boiled with cinnamon sticks, the drink is served hot with a boozy floater of Ecuador’s strong, sugarcane-based spirit aguardiente.

Lthuania’s Poppy seed milk is a bit of an outlier, as it doesn’t use the typical warm spices like cinnamon or clove that dominate most other holiday beverages. Instead, this drink keeps it simple with just three ingredients : poppy seeds, water and honey. However, crafting this cocktail takes patience as the poppy seeds need to soak overnight in hot water being crushed (“milked”). Cooled water is added to this milk concentrate, along with a dab of honey to sweeten. Add a splash of Viryta (a spiced Lithuanian honey liquor) to spike and Sveikinimai! – you’ve got a Christmastime cocktail worth the wait.

In its simplest form, eggnog is made by mixing raw eggs, cream, milk, sugar and a dash of cinnamon with whatever hard (usually dark) liquor on hand : Rum, Whiskey, Bourbon, Cognac…go  for it. In other words, it’s basically a boozed-up liquid custard that never made it into the oven that  manages to polarize partygoers at every party. Haters can hate, but eggnog’s frothy rich goodness has been weighing down warm mugs for hundred of years, and it remains one of the most popular festive drinks in both the USA and Canada.

With temperature clinging to 28s C during the Holiday season, it’s no surprise that Jamaica’s christmastime cockail is bright, refreshing, and served over ice. Sorrel Punch is basically hibiscus (known in Jamaica as sorrel) tea brewed with spicy, fresh-grated ginger and warming spices like pimento (similar to all spice) and cinnamon. Red wine and white Jamaican rum give it that extra festive kick, while the combination of island ingredients help give drinkers of this tart dark red punch a taste of Jamaica in a cup.

While many popular holiday cocktails are backed by longtime festive tradition, Chile’s cola de Mono, literally “Monkey’s Tail”, is said to have originated in the early 1900s. According to its origin story, this boozy coffee frink is a mixture of what was left at a party after all the wine had been drunk. A quick thinker threw together sugar, instant coffee, milk, cloves and a potent clear spirit similar to grappa, known as aguardiente to create this milky cocktail. It’s now a favorite at Chilean Christmas parties.

Go to Scandinavia during winter timeand you’ll be hard-pressed to walk a block without encountering hygge-inducing mulled wine. Known in Sweden as Glögg and in Norway & Denmark as gløgg, this winter drink is a key player during Christmas. Though it almost always ia made by warming red wine with sugar, ginger, cinnamon, clove and Cardamom, each Country has its own take on this holiday classic. Swedes serves theirs with a spoon so you can scoop out all the alcohol-soaked dried fruits and nuts, while Norwegians often spike it further with a heavy pour of Aquavit. In Denmark, Port wine is a frequent addition.

This “Cream of Life” cocktail is a specialty drink from Cuba resembling eggnog and seems even more beloved than its North American counterpart. Named in both Spanish and French, Crema de Vie has become a staple holiday drink fro both Cubans and Cuban-Americans. Recipes vary, but typically include rich, sweet ingredients like condensed milk, evaporated milk, vanilla extract, sugar, egg yolks, and white Rum. Like eggnog, this drink is often served with a sprinkle or stick of cinnamon.

It’s not surprising that a country known for its beers makes hundreds of limited specialty brews just for the Christmas season. Think beer with a spiced twist, featuring flavors of orange peel, cinnamon, clove and vanilla. Many of these beers are brewed near Antwerp in a town called Essen and are hard to find outside the area.